After 5 years, the Kanthaus network has reached a state that sometimes causes headaches even to somewhat experienced network admins trying to get an overview.

To be exact, it was my headaches and a lot of time spent trying to figure out which cable goes where.

To make it easier for people to take responsibility for the Kanthaus network in the future, I have decided to change some things in the network, which can be summarized in the following points:

Simplification of the topology

Probably the best way to describe and justify the network is with one word: grown

Before: a grown chaos

It all started in K20-1, with the first rooms being populated and the need for internet access there. From there on, new cables were laid wherever one was needed, and from there, with the least effort, to wherever the next one was needed.

Those who were there in the early days might remember: There was an unlimited number of construction sites in the house and the most important thing was to somehow get the basic infrastructure up and running so that people could live here - beauty, accessibility or even empowerment were not relevant values at this stage.

(Please do not waste too much time trying to understand this) 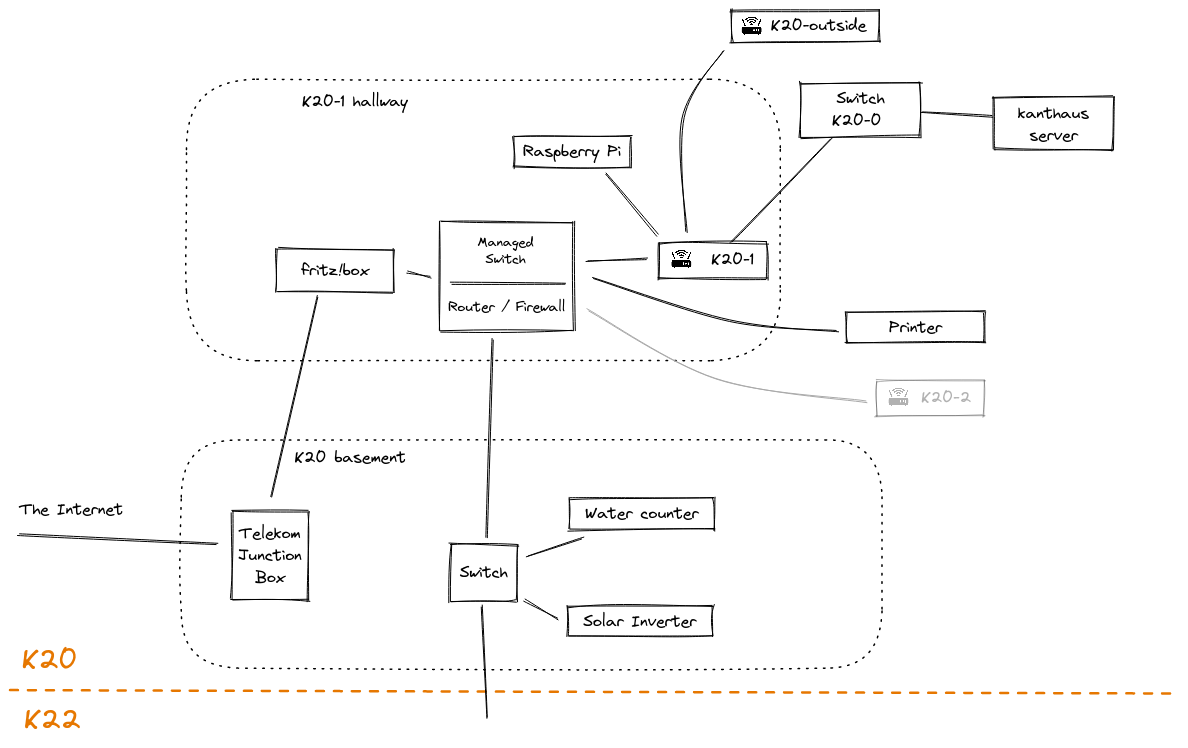 All devices have their legitimate purpose, but the cabling doesn't make it easy to keep track of the network.

In order to have the network structure easier to understand in the future, the new structure follows the following points: 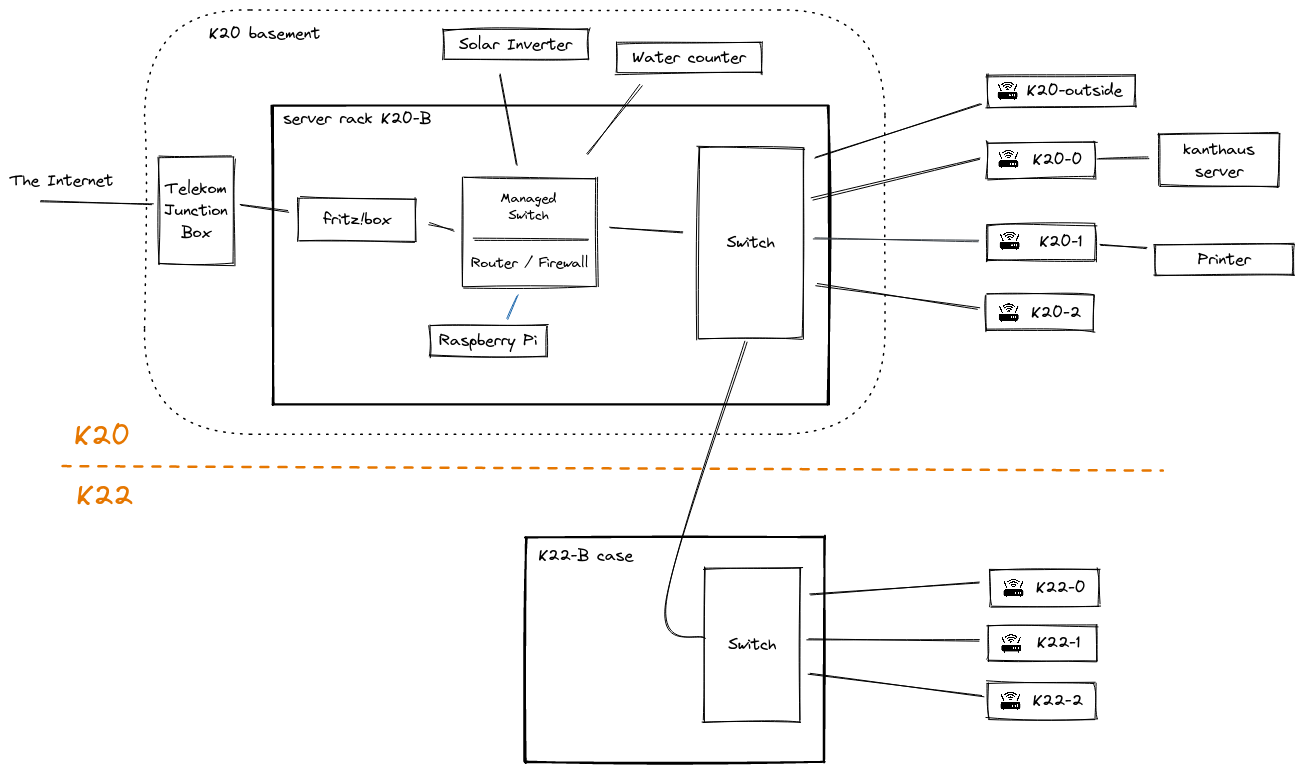 Hopefully a little easier to keep an overview for you, too.

At Kanthaus, we use different networks for more security and to give people access without a password.

In the end, almost everyone stayed in the old wuppdays WiFi, because at least one of the points made the new networks inaccessible for them.

As of now we have 7 access points (AP) in use, which all want to be (correctly) configured. Not only is changing something very time-consuming, it is also very prone to introducing new errors.

The problem of too many access points to individually configure has already been addressed with a self-made script, but this solution came with other problems:

Central configuration with OpenWISP, which is built and maintained for exactly this purpose.

It needs documentation for everything to store knowledge not only in the heads of individuals. Unfortunately, much of the existing documentation was no longer up-to-date. Now this should also be better:

I think I understand more and more how something has to be in order to be easily understood and maintained, but what is still a big mystery to me is how something can be kept that way? It seems to me that chaos/complexity is indeed the state that everything moves toward throughout time, but what can we do against it? Maybe this here is at least a start :)