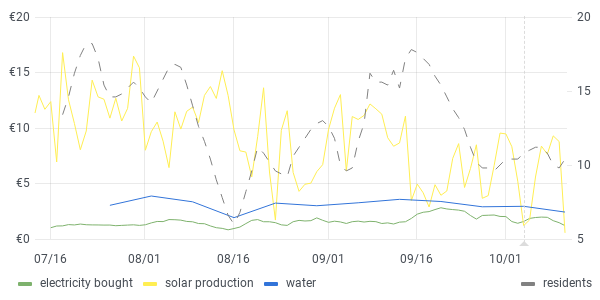 In the wider world

rainy in the next days, average temperatures should rise a bit. Keep windows and doors closed!

Small fixes of things in the house