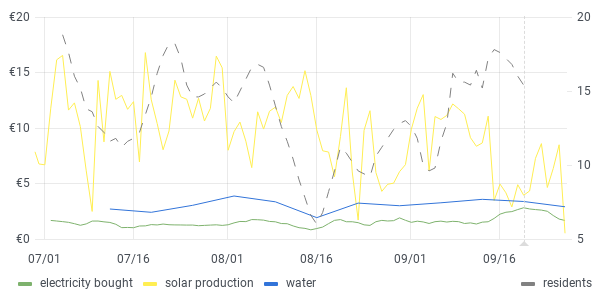 In the wider world

Rainy in the first days, generally it will get colder but still top temperatures of 15-16°C.

Small fixes of things in the house